Apartment on the Market: Gorgeous Steal 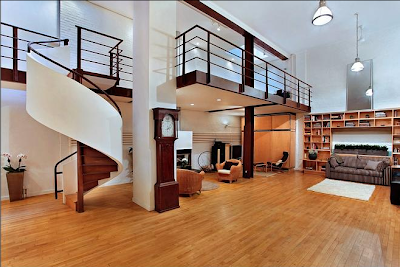 A duplex in a small 19th-century  building where painter Mark Rothko once lived is for sale for $2.75 million.

The loft (above), in an 1843 building that was once a stable, is on Shinbone Alley, a narrow, privately owned street in the downtown NoHo neighborhood. The owner, artist Robert Wilson, has lived in the building since the 1960s, initially as a squatter. He later established ownership rights and took the building co-op. There's a spiral staircase, an open kitchen, a wood-burning fireplace and a large master suite.

Abstract painter Rothko lived in the building for roughly one year during his rocky 1930s marriage to Edith Sachar, according to a biography by James E.B. Breslin. Rothko died in 1970 at age 66. Debra Duneier, of Corcoran Group, has the listing.

Click here for more info on the listing | source: Corcoran