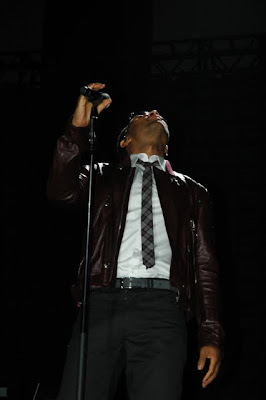 Last night was the best night ever. Despite the fact that I wasn't feeling too good, John Legend's concert was one of the things I would never miss. He's one of my favorite singer and musician--my boyfriend knew that and surprised me. I got lucky (thanks to him) and was able to come to his sound check as well along with a couple of other people. It was pretty cool, he was friendly and took time to take pictures with all of us. Overall, the concert a fantastic kickoff for his world tour; with India Arie as the opening act and guest appearances by Rick Ross, Estelle, Buju Banton, and yes, Kanye West. What a night, I completely forgot I was sick. Anyways, here are SOME of the pictures I took last night. Imagine that.
TAKEN DURING SOUND CHECK (4 PM): 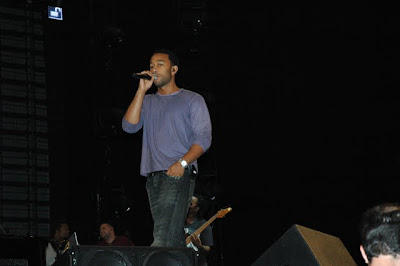 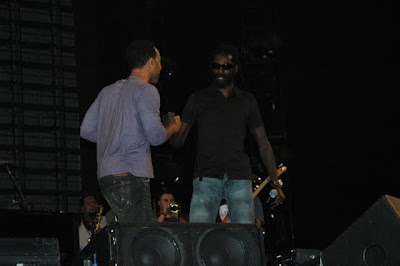 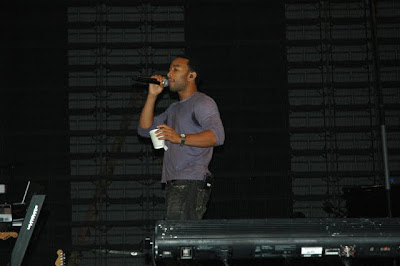 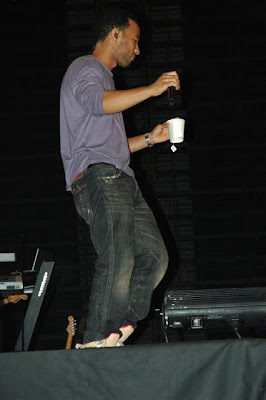 * Yes, he was drinking tea and dancing to his music during rehearsal *
TAKEN DURING THE CONCERT (8 PM): 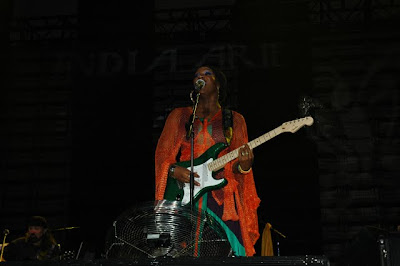 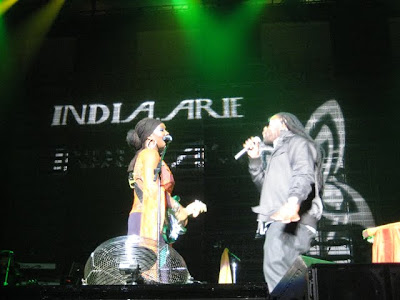 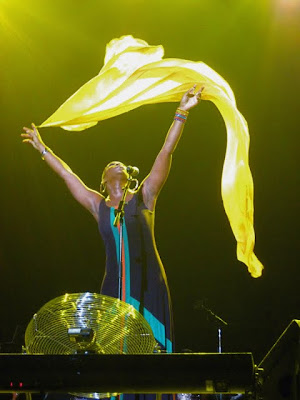 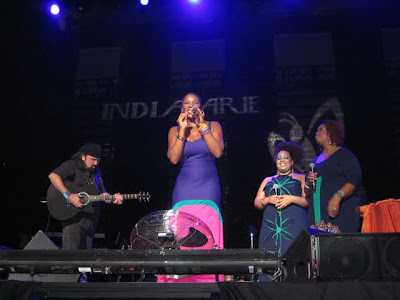 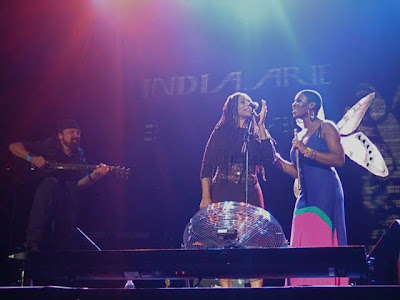 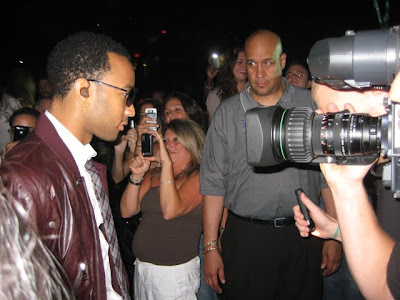 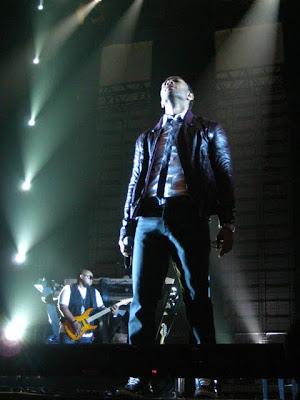 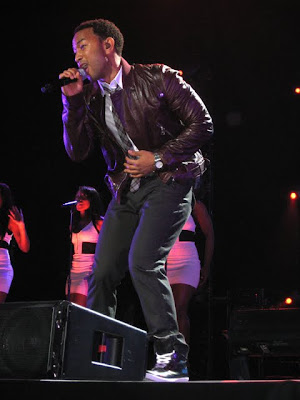 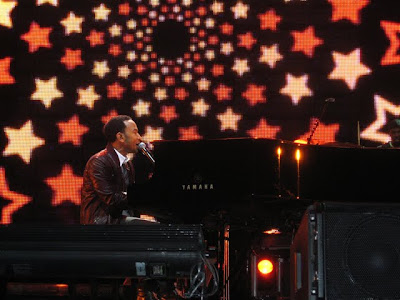 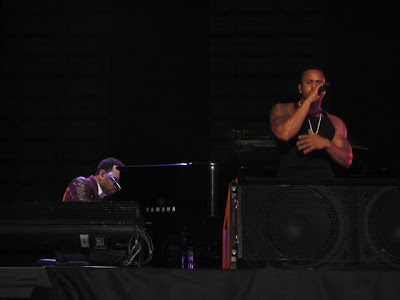 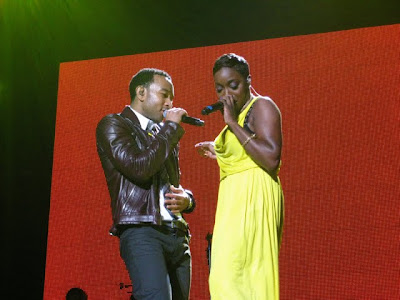 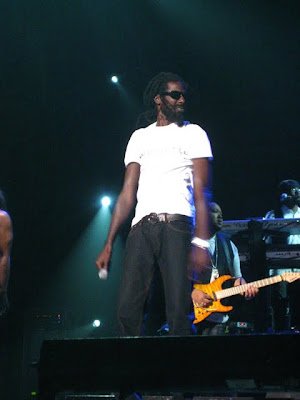 * Buju Banton kickin' it on stage* 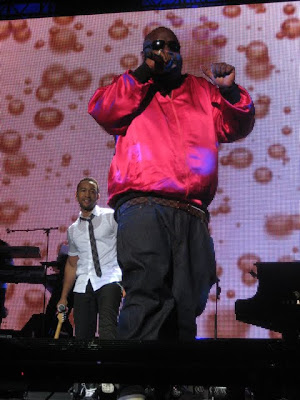 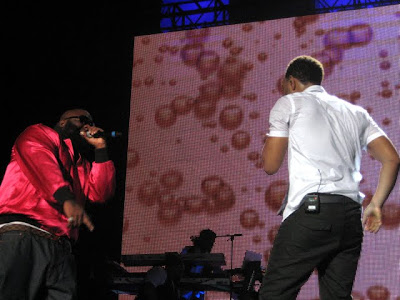 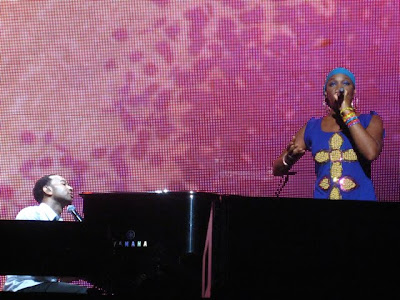 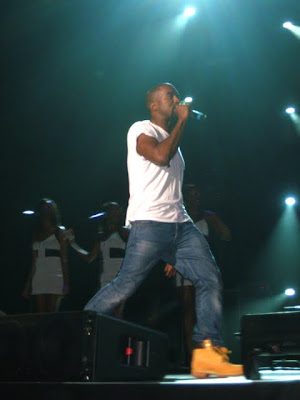 * The one and only, the almighty Kanye West* 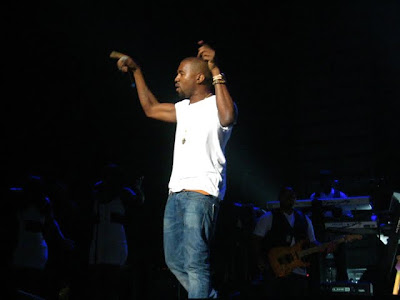 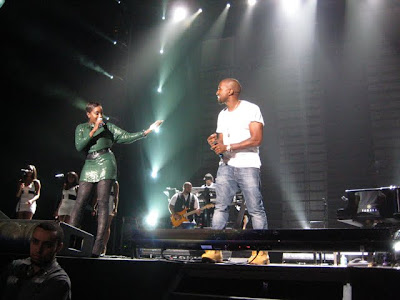 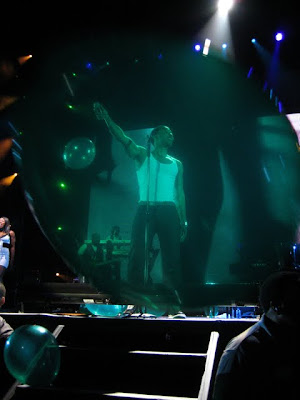 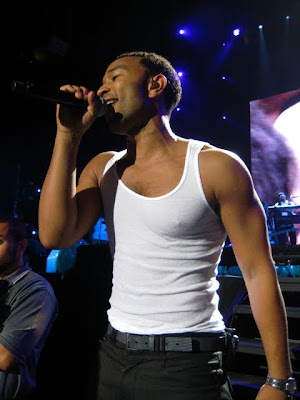 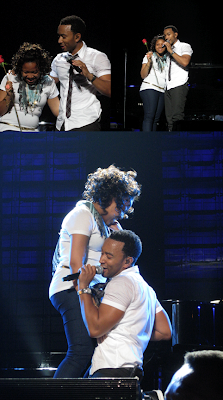 * Oh wait, she is the luckiest girl in the whole world. Shout out to Shontelle! *
Posted by igy