An intriguing piece by David Ford entitled Perception carries you away into the curious quest of pursuing the Islamic realm. The mixed media piece depicts an antique, oriental Islamic rug piece that is separated by a cutout shape that can be found in Islamic architecture. It appears to be floating, like a magic carpet that links the Islamic culture with the rest of the world, particularly the West. The small pathway suggests a strong political and cultural pathway that predetermines the lure of exoticism of what was referred to back in the 19th century as an Orientalist affair. 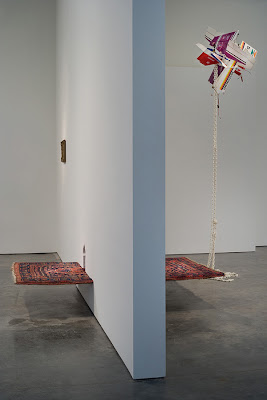 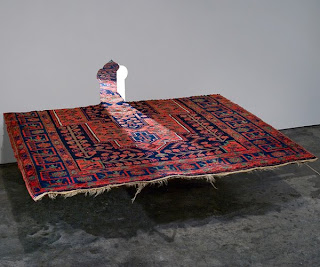