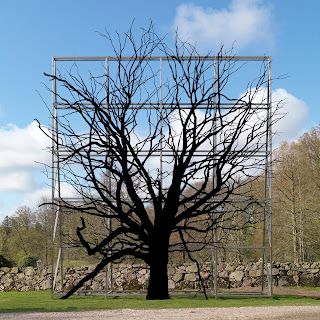 During 2010 the Wanås Foundation focuses on expansion and renewal. The artists Roxy Paine, Ann-Sofi Sidén, and Anne Thulin, who early on in their careers exhibited at Wanås, have returned in 2010. Over a long period of time Paine, Sidén and Thulin have been involved in lively dialogues concerning their projects, now resulting in new exciting works at Wanås. 17 emerging artists present their works within the project Another Way under the leadership of professor and artist Ann-Sofi Sidén. Further, two educational collaborations with the Swedish University of Agricultural Sciences at Alnarp and with Capellagården will be presented. The WANÅS 2010 catalogue is released on May 14 and includes new essays by Tan Lin, Ingela Lind, and Sinziana Ravini.

Roxy Paine, Anne Thulin, and Ann-Sofi Sidén with 17 emerging artists within the project Another Way

The Swedish art audience first met the American artist ROXY PAINE (b. 1965, based in New York) at the Wanås group exhibition in 1998. Today, 12 years later, Paine is internationally active and famous for his complex structural sculptures that investigate the relation between technology and nature. It is with great pleasure that Wanås now presents a new sculpture by Paine, Facade/Billboard (2010). The work consists of two distinct, yet connected elements. A 14 feet high tree silhouette is welded to an armature which borrows its expression from the advertising business, all made of steel. Facade/Billboardindicates a new direction for Paine’s large scale sculptural projects which began with Impostor (1999), a work which is permanently installed in the Park. Since 1999, Paine has installed in total 21 large-scale sculptures with connection to dendrology, in Europe and the US. In 2009 Paine was given the prestigious commission to create a site-specific installation on the roof of the Metropolitan Museum of Art in New York. The horizontal installation, Maelstrom, with New York’s skyline in the background, received praise by the public and critics alike. Paine’s artificial field of weeds, Bad Lawn, received great attention when it was first shown at Wanås in 1998. The work is presented together with Puff Ball Field (1999) in Wanås Konsthall.

ANN-SOFI SIDÉN (b. 1962, based in Berlin and Stockholm) is one of Sweden’s most internationally successful artists. In 2000, Sidén created Fideicommissum, a bronze sculpture placed on the edge of Wanås’ pond, which today one of the most noted works in the permanent collection of the Wanås Foundation. Within the project Another WaySidén traveled by horse (together with her colleague Annette Felleson), from Stockholm to Wanås. At Wanås, Sidén will show a draft of her new four channel video installation Somewhere in Sweden (2010). This work can be seen as a parallel to a previous video installation,3MPH (Horse to Rocket), which is based on Sidén’s journey from San Antonio to Lyndon B Johnsons Space Center in Texas in 2002. This work is today part of the collection of Moderna Museet in Stockholm and of Centro Galego de Arte Contemporáneas (in the pilgrim city of Santiago de Compostela). In 2009, Sidén was awarded the sculpture prize of the Friends of Moderna Museet, Stockholm (K. A. Linds Hederspris). Sidén took part in the exhibition Fear Society at the Venice Biennale in 2009. Among others, Sidén has internationally had solo exhibitions at Musée d’Art de la Ville de Paris, Secession in Vienna, and Hayward Gallery, London, among other institutions. 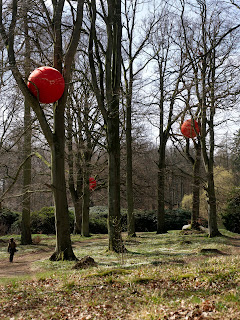 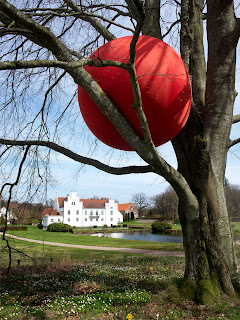 ANNE THULIN (b. 1953, based in New York and Stockholm) exhibited at Wanås for the first time in 1994. She then, among other things, painted the large stable doors in ultramarine. This installation,Ultra Marin, is now shown again. This year Thulin also creates an extensive new work, Double Dribble, in Wanås Park. Nine over-dimensional bright red balls (2 meters, 6 1/2 ft, in diameter) are placed in the trees at different heights engaging the entire Park in a playful way. In 2003, Thulin had a praised solo exhibition at Lund Konsthall, Ludo Alludo. In her work, Thulin often focuses on play and our need for an erratic element in life. Thulin is associated with Galleri Charlotte Lund, Stockholm, where she has had several notable exhibitions.

ANOTHER WAY is a unique collaboration between the Wanås Foundation and the Royal University College of Fine Arts in Stockholm. The project started in September 2008, led by professor and artist Ann-Sofi Sidén. Emerging artists are given the opportunity to exhibit in Wanås Konsthall as well as the Park. After thorough studies of traveling as an artistic expression, 18 artists with links to the college started a journey from Stockholm to Wanås (approximately 650 km) without the use of artificial fuels. They traveled by bicycle, foot, horse or sailboat. Their new works of art are included in the exhibition WANÅS 2010 and consist of film, music, painting, sculpture, drawing, installation and performance. The blog that was created during their journeys in 2009 is available http://enannanvag.blogspot.com/. The filmmaker Anna Sohlman, Hinden Film Company, has documented the project over the past year and will show part of her documentation at Wanås. 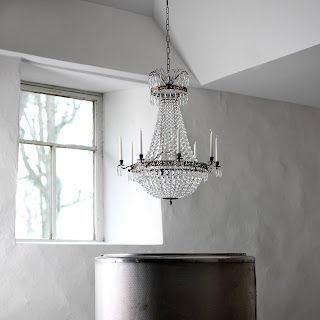 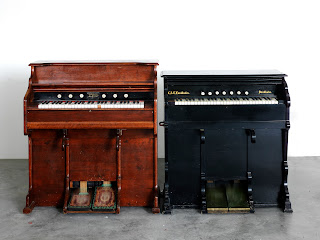 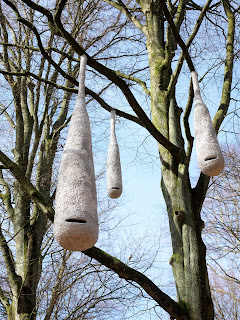 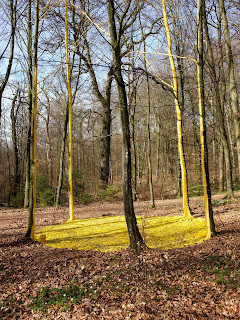 1. The collaboration with the Swedish University of Agricultural Sciences, at Alnarp is renewed from 2009 with the project City Growth – Green Districts. Seven students from the Science in Horticultural Management Program question small scale ecological farming with focus on the urban environment.

2. Capellagården shows newly designed site-specific park benches in connection with their 50th Anniversary. The benches are designed by Furniture and Interior Design students, with focus on sustainability, ecology and craftsmanship.

3. An international seminar is held on September 30, 2010 on ecological sustainability within the art world.

For more information on directions or to read more about Wanås Foundation click here.