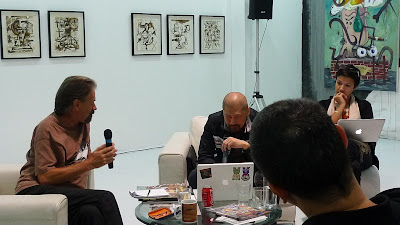 In conjunction to Art Stage Singapore, Valentine Willie Fine Art exhibited the works of Manuel Ocampo for the first time. The exhibition opened on January 8th, however, we went to the warehouse gallery on January 9th to catch the artist talk and discussion lead by art historian and critic Tony Godfrey. The discussion was interesting, although I found it to be rather one sided. While Godfrey seemed to come of as dominating, leading the conversation according to his interpretation, Ocampo seemed rather reluctant and reserved, uttering his words carefully throughout the discussion. 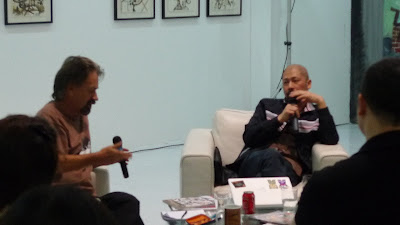 It was quite intense, in an awkward way of course. Both seemed disconnected more than anything, but I guess that is what was the highlight of the discussion. You could witness the different tones that an artist and art historian or critic address certain issues, as if they were barely conversing at all. 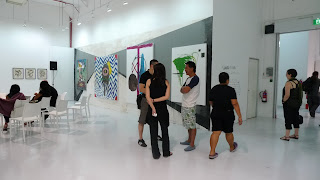 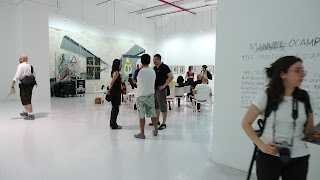 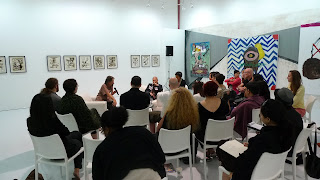 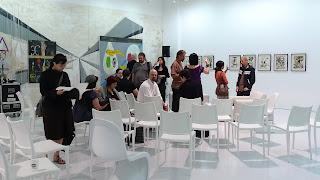 I learned a great deal about Ocampo's inner thoughts, mostly because I had the opportunity to converse with him one on one about his paintings. Ocampo is quite a visionary, very charming and enthusiastic. 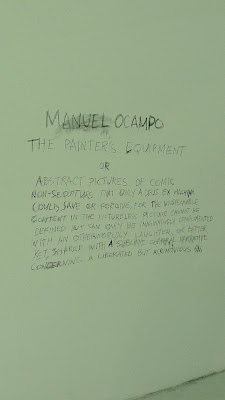 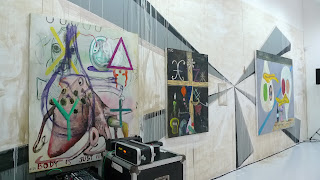 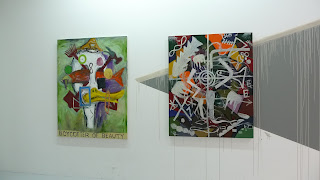 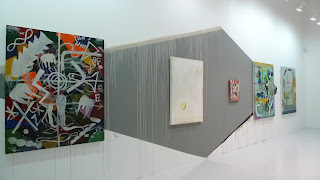 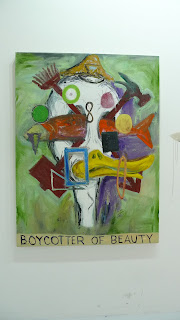 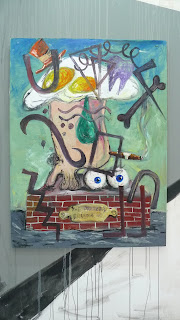 I was particularly drawn to the large painting of two ducks facing each other, entitled What was Once Heavy Can Become Light Again (pictured below). This particular piece was made in 2011 specifically for the show. In the discussion, Godfrey brought up how Ocampo seemed to worked in layers and carefully thought out how he wanted his painting to be interpreted. On the other hand, Ocampo disagreed with such note. He believed that his work is organic and experimental, moreover his work signified spontaneity and dynamism of a working artist. 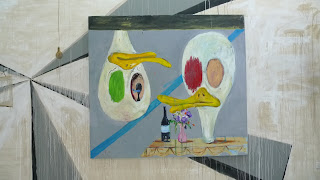 When I spoke to him after the discussion, he explained to me that it is evident that he works in layers and that each layer represented his current mood or thought at that particular moment. It is reflexive and it represents his personality, more than anything. Layering allows him to create context and meaning, which most of the time only he understands (or remembers). The painting had a hidden message, which I was particularly drawn to and yet, I was surprised no one really noticed it. I didn't get a chance to write down the sentence completely. Covered by a layer of thick slab of paint, it roughly said:
"This painting may appear to be an exaggerated extravagant aesthetic choice, but rather.."
Out of curiosity I mentioned this to Manuel Ocampo and he replied, "A painting is no more than a representation made by an artist. It is just a way of expression, a medium in which we as artists see the world." He went further discussing how what we see is what we get. Its the way an artist presents himself to the world. This idea is quite similar to sociologist Erwin Goffman's idea of "presentation of self" and performance of identity in both front and back stage. Fascinating. Manuel Ocampo is simply brilliant.
Posted by igy