Do The What Not 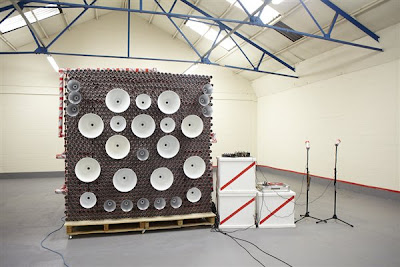 Yuri Suzuki, an artist known for his integration of art, music and technology has teamed up with Red Stripe for a project titled "Make Something From Nothing." The title explains it all, embracing his ability to turn everyday objects into something completely different. However, one may ask, what does this beer company have to do with this DIY aesthetic? It is simple mathematics. With the tremendous support, supply and sponsorship of Red Stripe, Suzuki and collaborator Mathew Kneebone were able to create this extraordinary lager-can sound sculpture as part of the company's Make Something From Nothing Project, commissioning cutting edge creatives to make work which reflects the DIY culture of Red Stripe's Jamaican roots.

What makes the entire project even more attractive, in my opinion, is the fact that Suzuki worked in his Stockholm studio while Mathew completed his part back home in Australia. Undoubtedly, Skype does facilitate and make something impossible to extremely plausible. These two creative heads joined forces to make the concept into reality through improvising, construction and most importantly, turning full attention to the aesthetics. 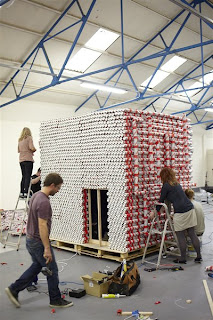 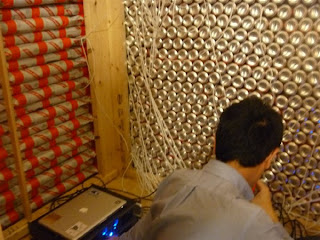 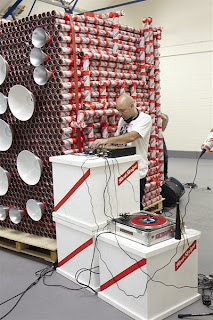 The finalized form of the sculpture may seem familiar to some, but for those who can't put their fingers on it, the duo took inspiration from the towering, bass-driven stereo systems that provide much of the rhythm of Jamaican street life. In the pictures as well as the video, you will find that the functioning sound sculpture also incorporates turntables and speakers made out of thousands of Red Stripe cans. Of course, these cans were not produced especially for this particular project, rather, it is the result of recollecting used cans through the Notting Hill Carnival. 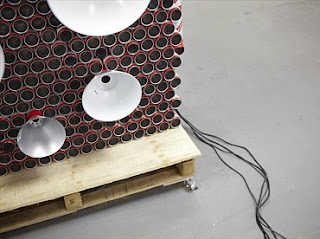 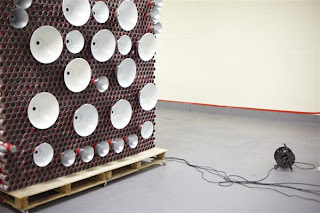 Not to worry, for those who missed the opportunity in participating the drinking festivity, Red Stripe has organized an event to premier this creation at The Village Underground in London, showcasing a handful of different artists. Mark your calendar: November 16th. The multi-faceted venue itself is a very dynamic and community-driven, filled with many exciting art, music and cultural events that one could possibly handle. Guests on the night are Ben UFO, MC Chunky, All Fingers and Spencer, as well as DJ and founder of Glaswegian record label. As Hypebeast mentions, "Some of the freshest names in dubstep will be playing live sets through Suzuki's unique sound system."

To find out more about Red Stripe and their current/upcoming projects, click here.