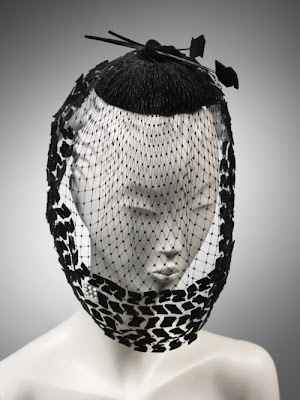 * Graham Smith, Pirelli Tire, London, 1985 *
Currently on view at Bard Graduate Center's Main Gallery and Focus Gallery is the marvelous exhibition, Hats: An Anthology by Stephen Jones. Presented by The Decorative Arts, Design History and Material Culture Department at BGC, this traveling exhibition is a collaboration between the Victoria & Albert Museum in London and Stephen Jones, the world's celebrated hat designer. However, the exhibition is slightly different to the British counterpart as it showcases several hats exclusive to the Bard show, including Babe Ruth's baseball cap and President Roosevelt's top hat. 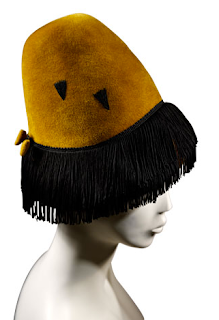 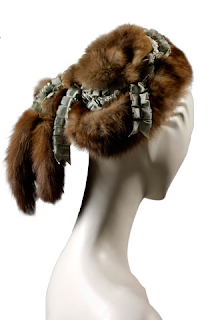 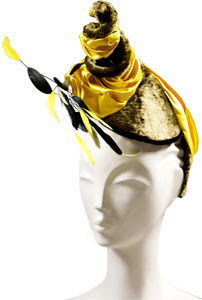 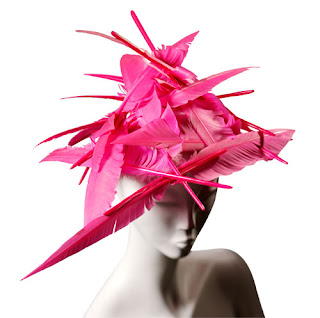 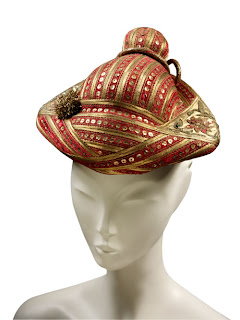 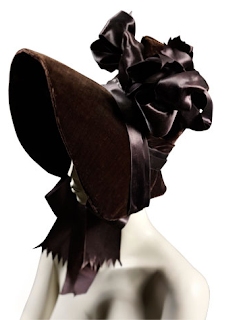 * Turban from India (left) and Bonnet from England (right) * 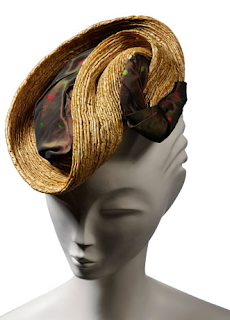 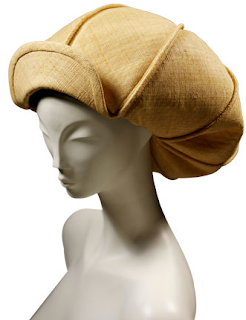 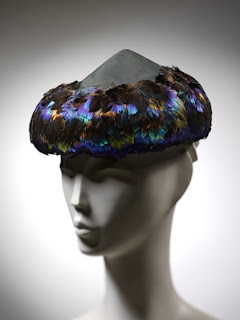 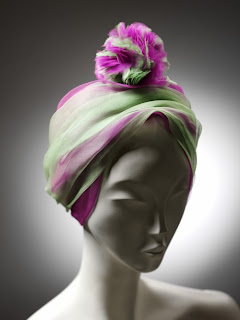 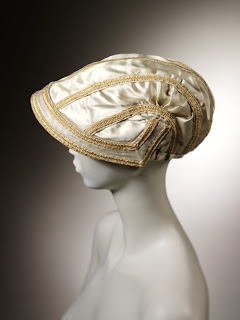 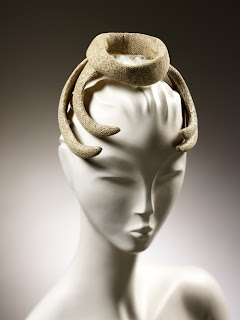 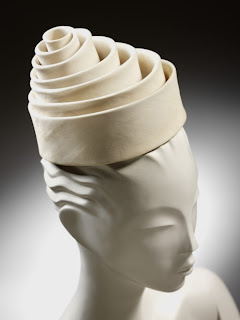 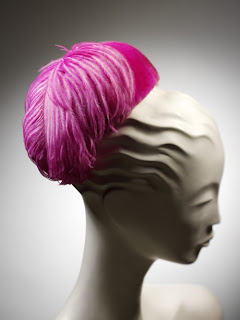 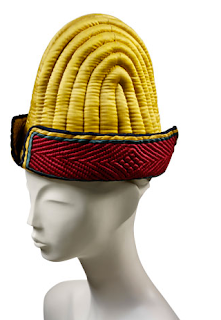 * Quilted Cap from India *
Drawing on the museum's extensive collection of hats, Stephen Jones' own archive and iconic headgear from around the globe, this exhibition beautifully examines the decadent, eclectic and extravagant pieces. The exhibition displays more than 250 hats chosen with the expert eye of the master milliner, which includes twelfth century Egyptian fez to a 1950s Balenciaga hat and couture creations by Jones and his contemporaries. 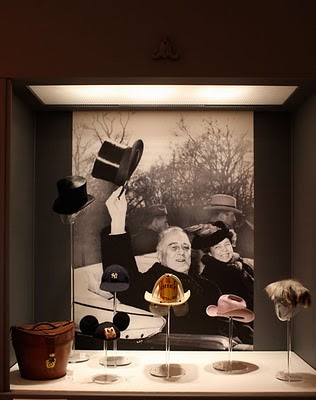 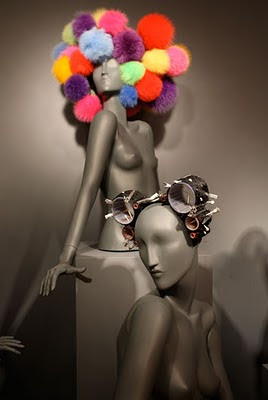 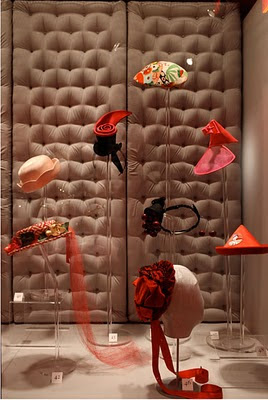 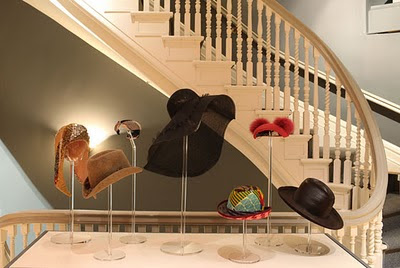 Hats: An Anthology by Stephen Jones is divided into several sections: Inspiration, Creation, The Salon, and The Client. Each section respectively evokes the practice of creating hats, how they are worn, by whom and how they are presented to the client. The exhibition also features a selection of archive film footage plus a film showing a couture hat being made in Jones' atelier.

For more information on Stephen Jones or to be routed to the exhibition website, click here.
Posted by igy