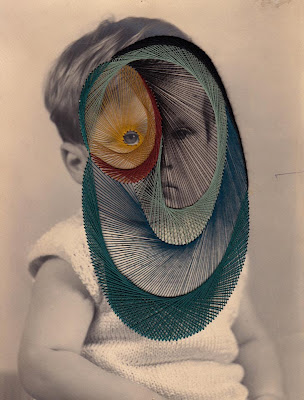 Maurizio Anzeri creates his portraits by sewing directly into found vintage photographs. The photographs are mostly anonymous, found from everywhere, especially flea markets and car boot sales. He is heavily influenced by the surrealist movement, admiring the work in a historical way rather than practice. He believes that, "Past artists are like traveling companions--making work is like going for a walk with them. At the end of the day it's about humanity." 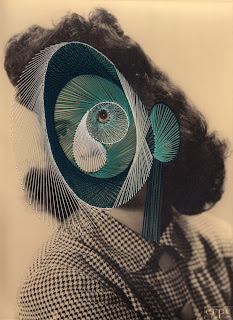 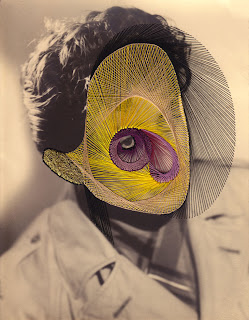 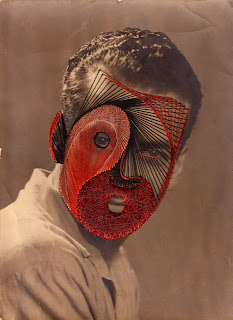 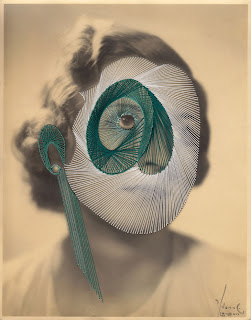 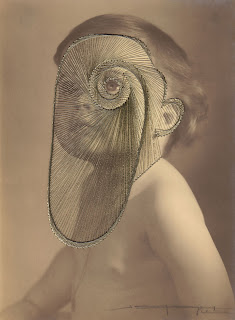 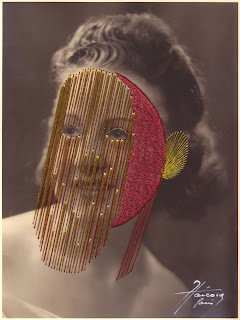 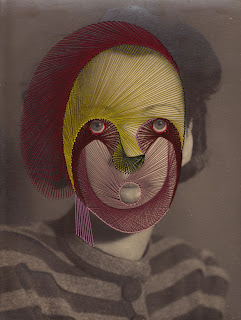 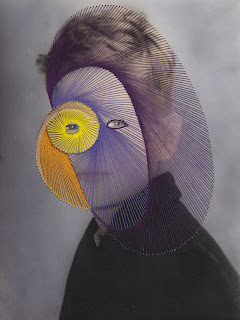 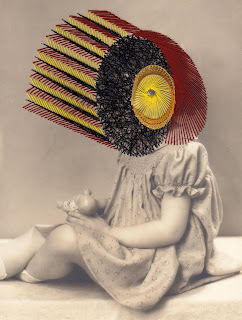 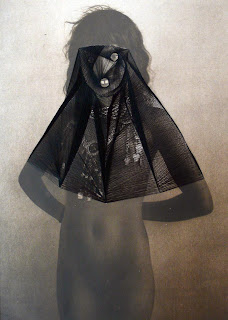 Often, his work revisits and adds an allusion to the cross-cultural anxieties experienced in past generations. He never tries to completely cover the face so the viewer can still see the face underneath. "Nothing is bigger in my head than a face," described Anzeri, "It's the best landscape we can look at." Like a costume or other identity, my work reveals something that is behind the face that suddenly becomes in front. It's like a mask--not a mask you put on, but something that grows out of you."