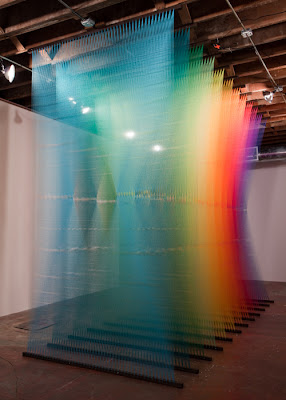 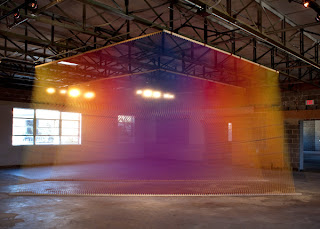 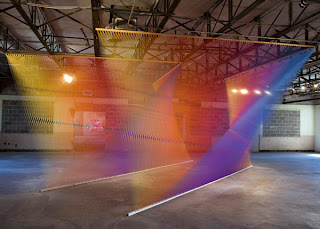 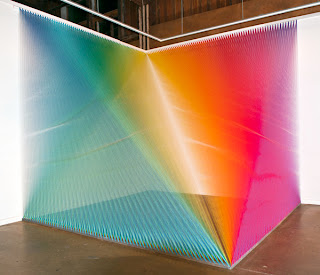 Throughout the years, his work has evolved into creating large-scale installations with thread, creating environments that deal with notions of social constructions and their relation to evolutionary theory and the self-organizing force of nature. 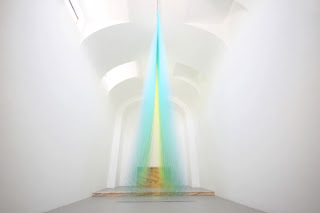 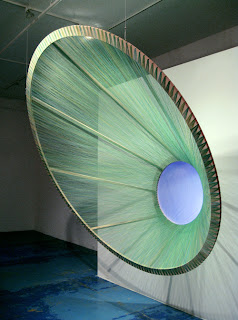 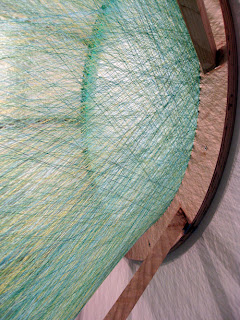 He began using techniques that were considered women's work by many Mexico City inhabitants. As you can see, that did not stop him from following through. In fact, he sees that exploring textile and embroidery is a form of creative freedom and with that, he pushes subversive notions of masculinity and machismo culture. 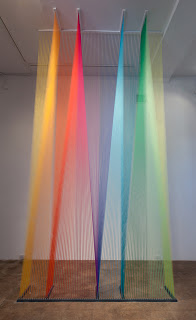 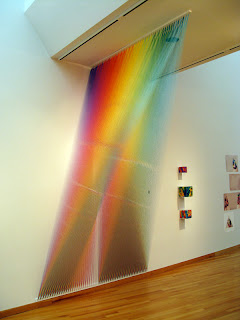 The thread used in Dawe's pieces are usually used on the smaller, less physically challenging looms that are operated by womem. The installations are made from thousands of different color threads and approximately takes up to 140 hours and four to five weeks to create.