A Brilliant Come Back

Despite the swarming comments coming from genuine fans, the art world, social-media-savvy and newly-street-art-crazed individuals, I respect the decision that BLU has done to eliminate his work from the Kreuzberg neighborhood in Berlin. Props to him for making a solid statement.

As the gentrification continues and news broke out that developers plan to build condos next to the huge multi-building in which BLU's work once resided, he took it to his own hands to simply paint it over. The artist was reportedly appalled by the clearing of an adjacent tent city--and of course during the entire process, he did not fail to leave a witty, temporary gift for the stakeholders involved. 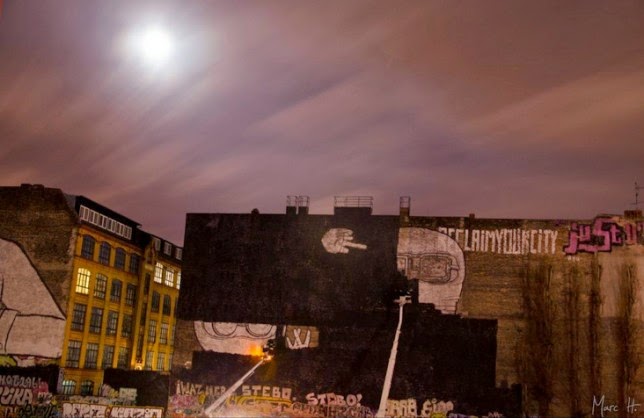 I could not help but return from a long pause to give him my salutations.